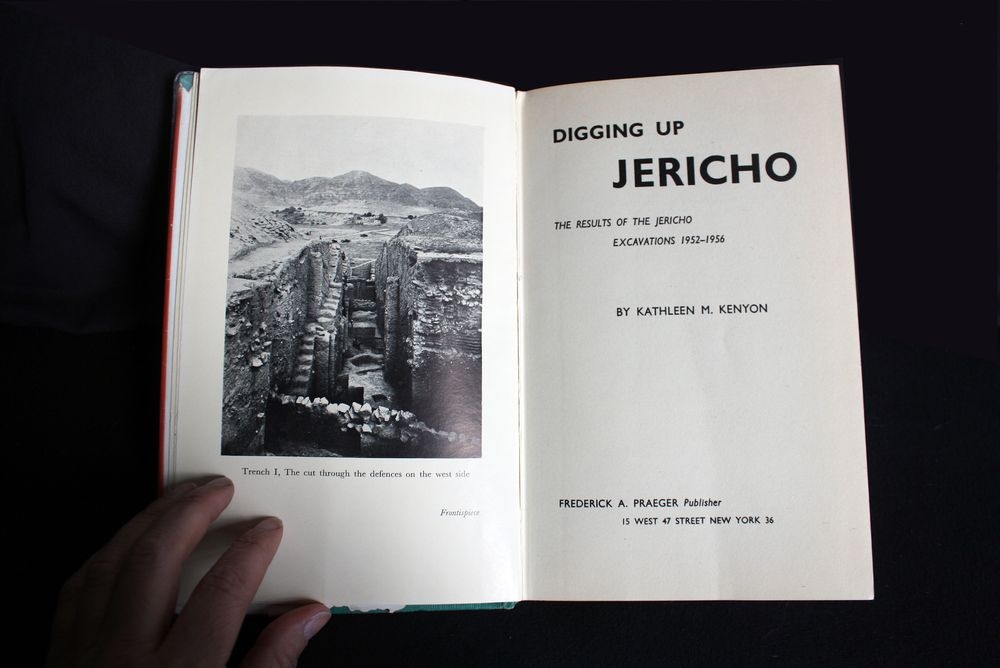 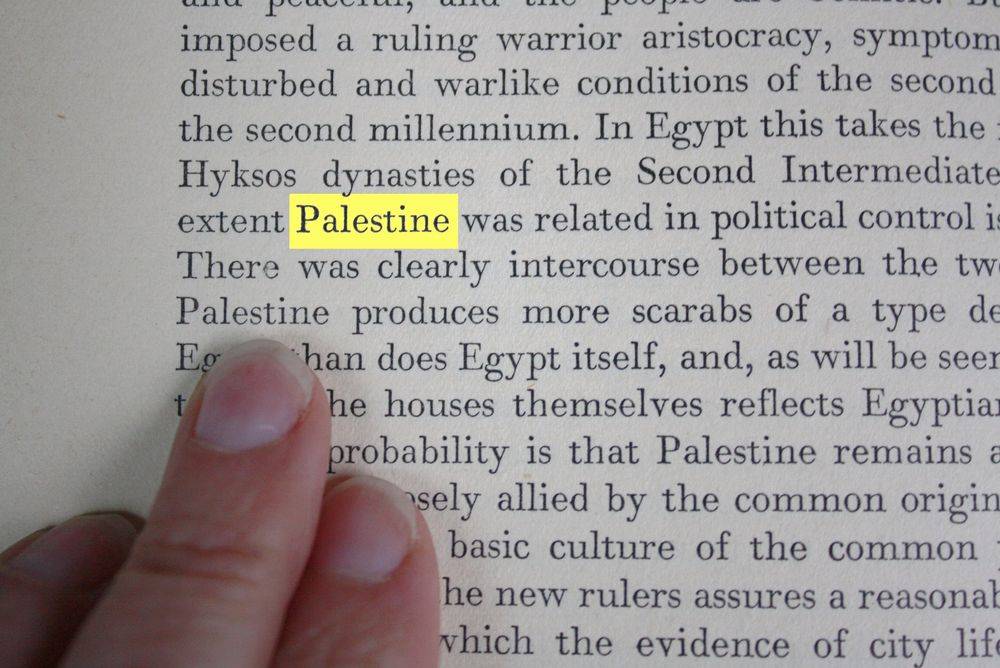 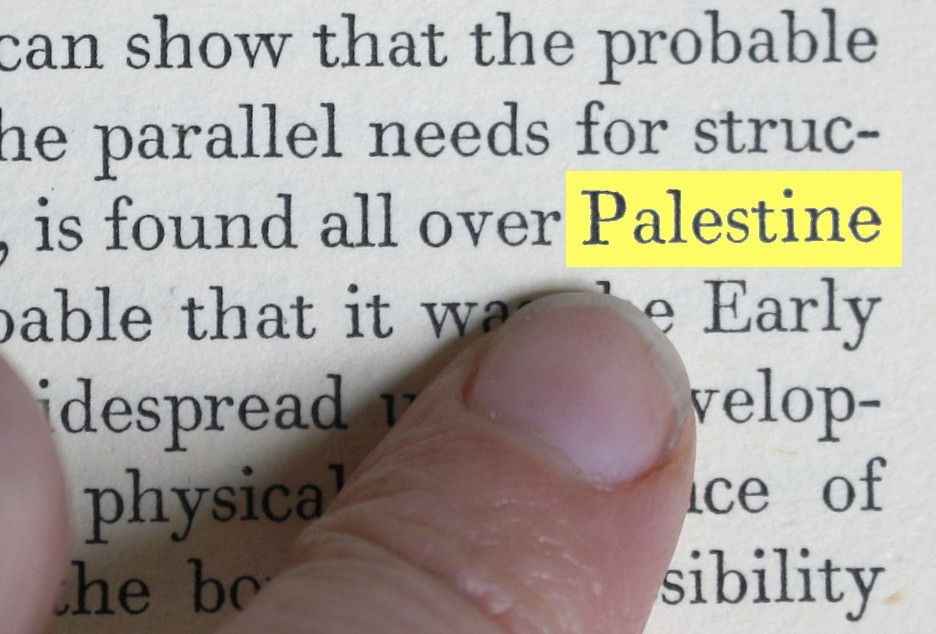 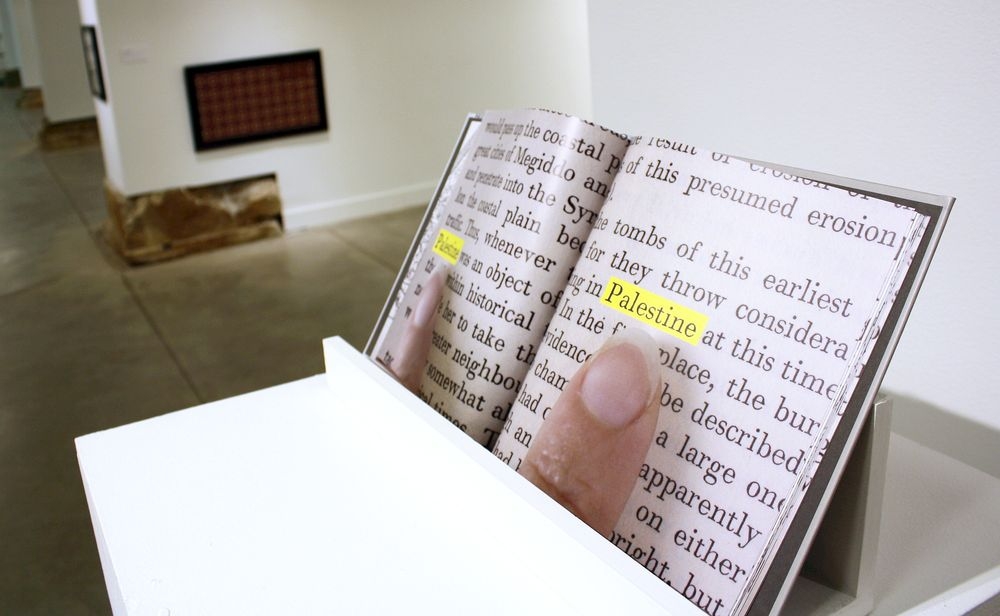 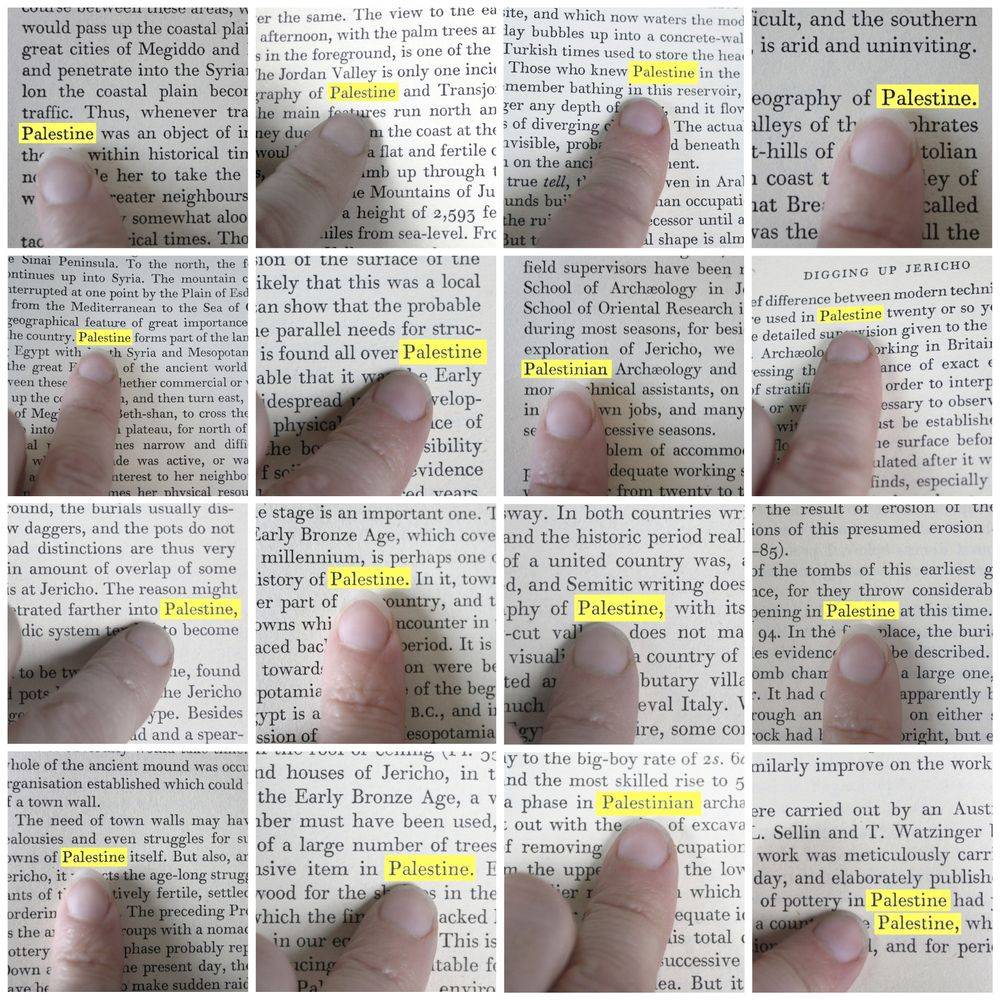 "Palestine" in the 1950's was not the incendiary word it is now. Kathleen Kenyon used it matter-of-factly to describe an historic geographic area and the many inhabitants of that area over a span of 10,000 years.

It has only been in the last couple of decades that Zionist rhetoric has attempted to gaslight the world and themselves into believing that "Palestine" is a make-believe word and that Palestinians "don't exist." Which is hardly believable, considering the first Zionists to emigrate to the Holy Land from Europe held Palestinian passports, and their own historic organizing documents - most notably the Balfour Declaration - specifically name Palestine as the location of the new Jewish state.

Nevertheless, the incessant negation of the word is erasure. Erasure directed at my ancestors.

I have read "Digging Up Jericho" multiple times over the years, and the subject of the archaeological digs at Ein as-Sultan has often been a source of fascination and inspiration in my work. But it was only in my most recent reading of the book that it struck me how many times Kenyon referenced the word 'Palestine," and only truly in the context of the current battle being waged on that word. Each time I read it now, it's like an affirmation.

I've documented 76 instances where Kenyon uses the words "Palestinian" or "Palestine" in this photographic compilation. An artist book is forthcoming in 2021.